Last year, Orelsan and his brother Clement bluffed everyone by unveiling a documentary series on Amazon Prime, "Show No One This." The subject? The musical rise of Orelsan, filmed from the inside by his little brother. An unexpected work, authentic and quite bluffing, which was a hit and helped to strengthen his sympathy rating in France. And it also teaches us a lot about the career of a rapper, and about life in general.

Those who knew Orelsan at the very beginning of his explosion, a little before the album "Perdu d'avance", already knew the character rather well, and as the rapper is extremely sincere and authentic in his music, we already had an insight into his life and his journey. But the documentary series, "Montre jamais ça à personne", unveiled on Prime Video shortly before the release of his album "Civilisation", has helped to make this real success story in Normandy known throughout France. Above all, it has made Orelsan even more endearing to the public, leaving the controversies of the past far behind. The series is filmed by Clément Cotentin, who is none other than Orel's younger brother, which guarantees a certain authenticity, since one behaves more naturally in front of a camera when it is held by his little brother all day long. That we find this authenticity in the series is anything but a coincidence, because the authenticity is perhaps the most important aspect of all the music of Orelsan. The rapper has never hidden himself, whether in his texts or in interviews, he has always assumed this simple, "average" side, having really nothing exceptional. Notably in his first album, "Perdu d'avance", in which he rapped "I'm a mix between hardcore and wacky, Orelsan, because you can't change a team that has drawn". It's this simplicity that made a lot of young people identify with him: the average guy, not particularly popular, not particularly comfortable with girls, a bit of a "wanker" at school or at work, often plagued by doubts due to a lack of self-confidence. 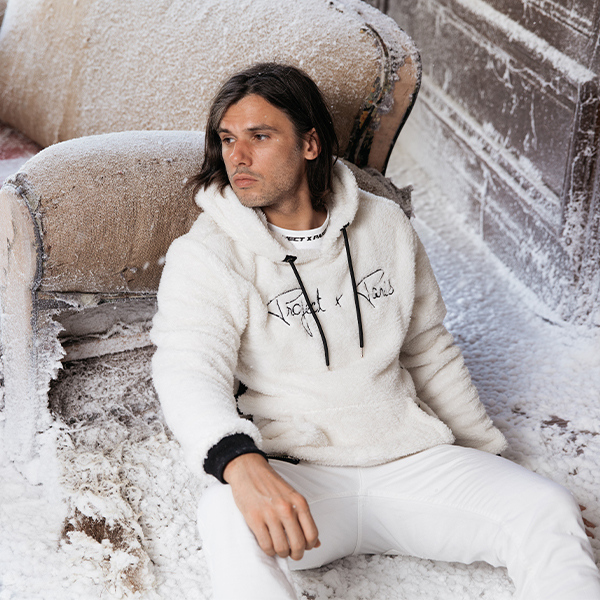 The rapper revealed this aspect of his personality very early on and it made him a kind of icon for the youth of this generation. But be careful, the point is not to say that Orel is just a nice guy. He's an excellent rapper who has worked very seriously to hone his craft, and if he called himself a "wanker," it was mostly during the time he was in school and working in the hotel business, both of which he wasn't passionate about. Once he started rapping for good, he worked a lot, and put a lot of thought into his albums and his concepts. We can see it in the series: Gringe probably has a more natural talent for rap, especially in terms of placement, flow, intonations, we see him really at ease. However, of the two childhood friends who embarked on the adventure almost at the same time, it is Orelsan who went the highest and the furthest in what he could offer. Because he is a hard worker, especially when it comes to his passion, music. Behind this side a little blasé of everything, well amplified by his role in the series "Bloqués", hides a real workaholic who knew how to seize the opportunities offered to him, even when they end up in failures, as during the rap contest with La Fouine and Booba in jury.

But this series is above all a fabulous story of friendship and sharing. Because Orelsan has always worked as a team, like most artists today. If some people rap "I've done it all alone", never believe it, it is certainly false and the place of the entourage is capital for an artist. Especially since in the case of Orel, the entourage is not only a background, a decor. The friends form a real fusional group, which has not let go since the beginning of the adventure, with obviously Gringe, his partner of the Casseurs Flowters, but also Ablaye, a kind of manager producer backeur multi-hats, present on all his scenes since his first tours. And of course Skread, the conductor, the one that the rapper nicknamed "Mozart" in the song "Jimmy Punchline". A group to which we can obviously add Clement, the little brother, who seemed to be there very, very often. The series tells a little the story of this fabulous band very welded and the way they all supported each other (at times, fortunately Skread and Ablaye were there to put everyone back to work after a small blow of blues) to reach the top. We see Orel very generous with his close relations and absolutely wanting to share the light as much as possible, he who doesn't feel particularly comfortable there. Like with his buddy Gringe, or his grandmother Janine who had always dreamed of singing. Or like with our brand Project X Paris during a shooting, in 2019, when he had already launched his own brand Avnier.

The rapper has also known how to rework his image, after a bit hectic debut via his albums, his series, his film ... The rapper has managed to reverse the trend and turn these debates into popularity. If he has always had a slightly insolent and provocative side, his personality is much less confrontational than what we could hear at times in some media. He himself did not put too much ego in this affair, affirming that the song which made polemic was already several years old and that he did not play it on stage. We can see in the show that Orelsan is severely affected by these events, to the point of having a small depression, but once recovered he came back even stronger with "Le Chant des Sirènes", the album that made him known to the general public. 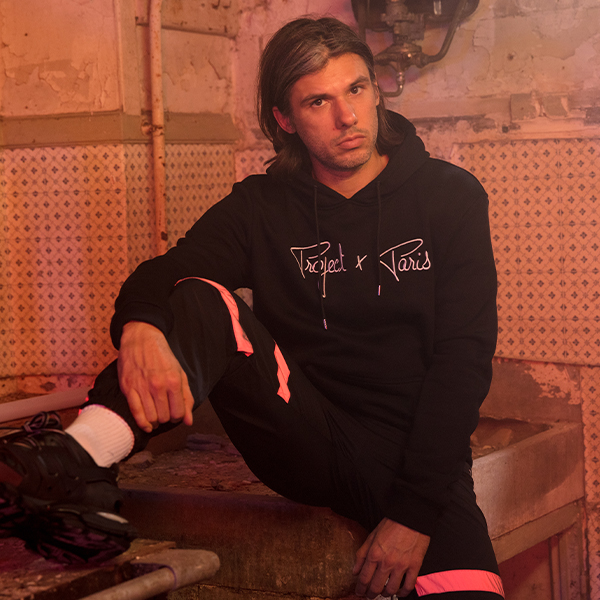 An album of risk-taking, we can see it during its making, through Clément's camera, which is filming better and better throughout the series. Musically, the album doesn't resemble any of the previous French rap projects already released, unlike "perdu d'avance" where the influences are clearly identifiable. With Skread, they have taken their art to a new level against the advice of many of their acquaintances in the music industry. These "risky" decisions, whether artistic or professional, may seem anecdotal, but when put together, they have a huge impact on its evolution. Like when Orelsan decided to sign with Wagram instead of Universal. This allowed him to keep control of his art and creative process, rather than hiding behind art directors, which resulted in even greater success with his next two albums. There is no true art without risk-taking, and even less success without risk-taking, a lesson we learn in the series from the rapper, especially during the creation of the hit song "La Terre est ronde", which Orelsan produced almost solo.

Discover our collection of hoodies

Finally, the last important aspect of the series, resilience and not putting too much pride in things, whether it works or flops. Knowing how to take the blows and get back up, as the rapper does many times in the series. There have been lows and hard knocks, but each time the team has been able to bounce back: after the cancellations and the controversies came "Le Chant des Sirènes"; a few years after his failure in the rap contest, he ended up winning a Victoire de la Musique award in front of the rappers who had eliminated him at the time. Proof that hard work pays off, and above all, that knowing how to take it and get back up is an integral part of an artist's life, not just a formula. When you explode at a young age and have a string of successes, the first wall you eat could well put an end to your dreams. But when you've had a string of failures, small victories, or draws, you know that the wheel turns, that you just have to wait and get back to work. An aspect very present in all the band, of which we are really delighted to have been able to follow the fabulous adventure, and we advise you to do it too !