Almost three years after his first album "Ateyaba", Joke makes his comeback and joins forces with Nike for the launch of the Air Vapor Max.

On Saturday 25 March, Joke's new video "Vision" is projected on the 6000 square meters of the Centre Pompidou's façade.

Clip in partnership with Nike for the launch of the Air Vapor Max. It's hard to miss the close-ups of the trainer in the clip.  The company with the comma was celebrating the 30th anniversary of its Air Max 1 and announced at the same time the arrival of its new model: the Air VaporMax. 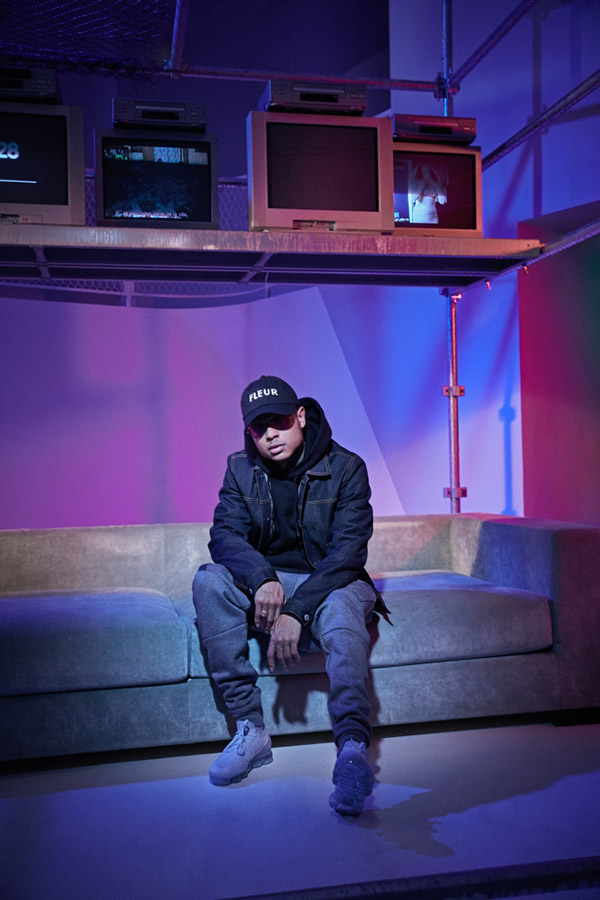 Often considered too far ahead of his time, Joke has a contemporary "Vision" of rap. The artist with the (number) of sold albums hits hard, and offers us a clip of an irreproachable quality. Directed by the very famous Nathalie Canguilhem (she directed YSL "CRUISE 2017" or Y-3 "THERE ARE NO RULES"), "Vision" is a succession of minimalist sequences punctuated by the flow of the rapper from Montpellier, visibly more ready than ever to set us on fire. 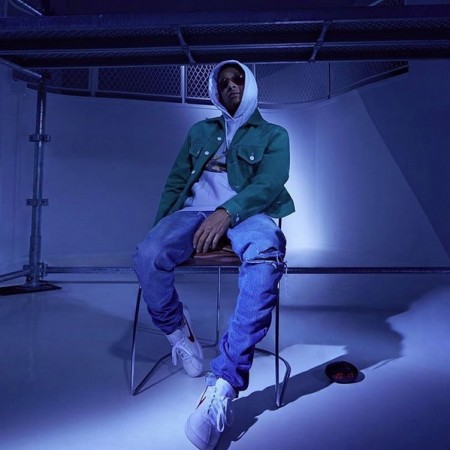 On March 27, the clip was posted on YouTube and marks a dazzling comeback for Jokeezy, the first single from his upcoming and highly anticipated album Ultra Violet

This clip merges the universe of the comma and the rapper to highlight a revisited Air Max in 2017 fashion.

The Olympia: where Joke marks his comeback

He announced it on Twitter @Jokeezy. After associating his name with Nike, it is now at the Olympia that the rapper will book his concert on October 26, 2017. 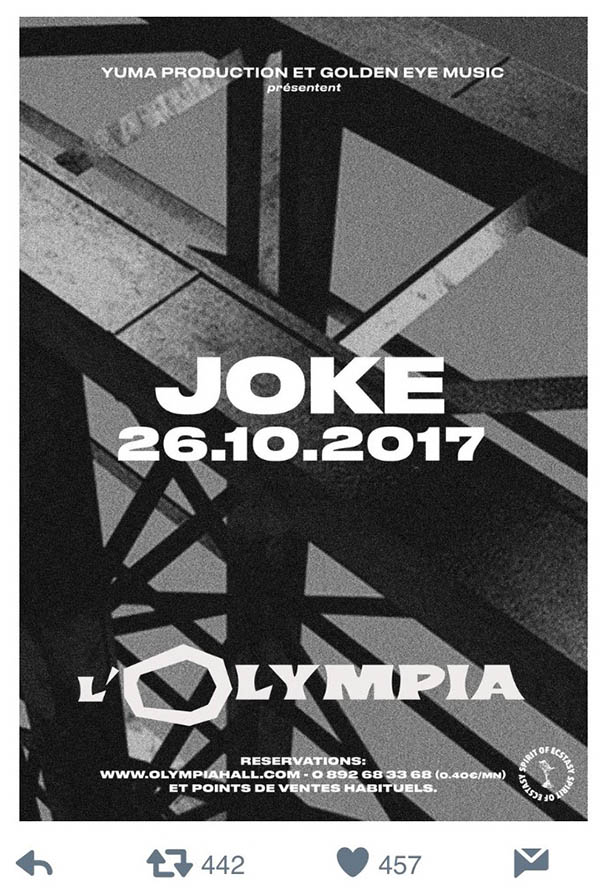 Joke, not very talkative on his social networks, knows how to create curiosity.

For the occasion, Project X Paris will set up a contest to win 2 tickets to the Olympia on October 26th to see the artist in concert.

Follow the news on the blog and on our social networks.

The conditions of participation will be announced very soon.

In the meantime, we leave you with Joke's new video clip, "Vision", which has already gained more than half a million views in just one day.